There's a lot of stuff I think everyone should know about how credit files work but not enough people do know.

N.B. I'm from the UK, I only know about the UK. This post deals only with how it works in the UK.

Your credit score is meaningless number, produced by an algorithm specific to the credit reference agency.

There are three companies (CallCredit, Equifax and Experian) that do the job of collating financial information on UK citizens and they allow lenders, tenant reference services and so on to use it in order to assess the financial risk of lending to a person.

Really it should be a singular, centralised, accountable government-backed yet fully independent third party. Not three different companies. Unfortunately, this split means that in order to verify the information held about you, you must spend £6* for three separate statutory reports. Some make it harder than others to find this report on their websites and they all try and push you towards signing up for a free trial of a more expensive service instead, that's usually difficult to cancel.

** Not quite true - there are two free options. More on this soon. Well, now actually...*

How do I find out what the 3 agencies have on my record?

Don't bother going direct. Look into Noddle and Clearscore. Noddle gives you access to the information Call Credit has on you, Clearscore does the same for Equifax. Do an annual £2 report with Experian to cover the final base and you're set, for an annual cost of £2. (At the time of writing, both Noddle and Clearscore are free. They make money from trying to direct you towards offers from third parties.)

What do I do with this information now I've got it?

Ignore the scores. As stated previously, they're useless. Each lender will compute its own weighted score for you based on the product you're trying to take out. A credit card company may want to see if it can actually make some money from you, whereas a mortgage provider is primarily interested in your payment track record.

Look into your current and past accounts. Make sure there's nothing you don't recognise. Chase it up with the providers (bank, b/s, etc.) if there's something that you didn't take out.

Any big negatives such as bankruptcy will have a huge adverse effect on your credit file. A cleared bankruptcy will no longer be on your file after 6 years from the date it was filed, so use that timeline to your advantage in your long term planning.

You need to ensure you're keeping up with all your regular payments. Direct Debit is the easiest way. Avoid pay-day lenders as they have an adverse affect too. Get yourself a credit card if you don't have one. Even a 30% interest card is fine to start out with. The trick is setting up a direct debit to pay off the full balance in full every month. Make sure you're using it: this will start to build a track record for future prospective lenders to assess you from. If you've never had credit before or are recovering from bad credit, this is a must.

Once you've had that high interest card for a while, use Noddle and Clearscore to see whether you're likely to be able to get a better card. By better, we're talking about a lower interest rate. Using a lower interest rate card, and this time, specifically not paying it off in full every month, will not only build up your track record but will allow prospective lenders to see that not only do you keep up with payments but they can make a profit too.

This last bit is dependant on what you want from your future fiscal life. A decent balance transfer card, for example, can open up a lot of options. But in order to get one, that company will want to know two things. Are you a safe bet to lend to? This is covered by your track record of on time and up to date payments. The second, as touched on earlier, is whether they can make a profit. If you pay off in full every month the lender makes nothing. Let's say it has a finite pot of £10k and two people, of which it can only pick one to lend to. One person's credit file suggests the lender can expect to make £500 from its £10k risk. The other suggests it will make £0. Who will it pick to lend to? The risk may be low in both cases but it's not zero. So if the expected reward is also zero in one of the cases, why would the lender ever lend to that person?

It's very different for a mortgage than for credit cards. The interest rates and length of time takes care of the lender's profit, and so they are only interested in the risk factor.

It's up to you and your requirements which tack you take.

I only have this domain knowledge because of an issue I had with Orange (currently EE). This led to numerous letters back and forth with my MP and this E-Petition that I filed: https://petition.parliament.uk/archived/petitions/59809

Due to its lack of widespread interest it never got anywhere but the point is still valid. Companies such as mobile phone operators are not required to notify a person before they place a default against their credit files. This can lead to people having absolutely no idea of this until such a time comes, up to 6 years later, when they come to apply for a mortgage and get rejected. Sometimes this amount is less than £200. A pitiful number considering the size of the average mortgage.

It all stems from the general public having no idea about how credit files work. I had no idea either before I got that default from Orange. It took a long battle to get it removed, I succeeded through persistence and the help of my MP (I guess they're not all bad!). It also helped that the default was objectively wrongly placed. It didn't stop my credit file from being piss-poor at the start though. I began as described here, by getting a 33% interest card with a £200 limit and building it up over time. I gradually moved up onto slightly more favourable credit cards before being able to get a mortgage last year. You need patience as well as awareness! The two free services mentioned above will give you the information you need. It doesn't take long to check them and as they only update once a month, you only need to spend those 5 minutes 12 times a year.

That's why I've written this and if it helps just one person then it was worth my while.

If the LinkedIn hack has told us anything, it's some stuff that we already knew. You can't really on even massive, well known sites to store passwords correctly, or to have been doing so since they started out. Get your family and friends setup 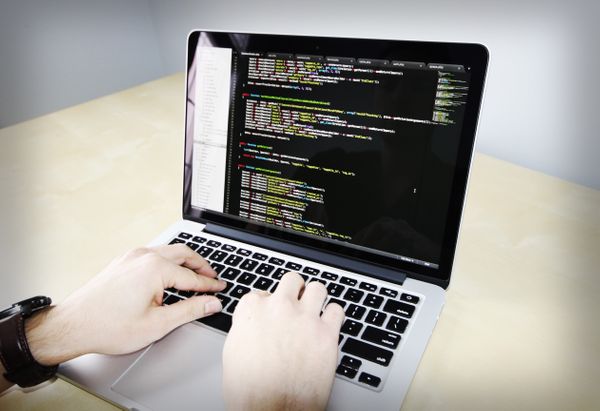 Scenario: you're stuck with Zend 1 (which will support PHP7 - great news for those of us with legacy apps!) and you're building an API. You've got routes like /api/